Fighting for Our Future 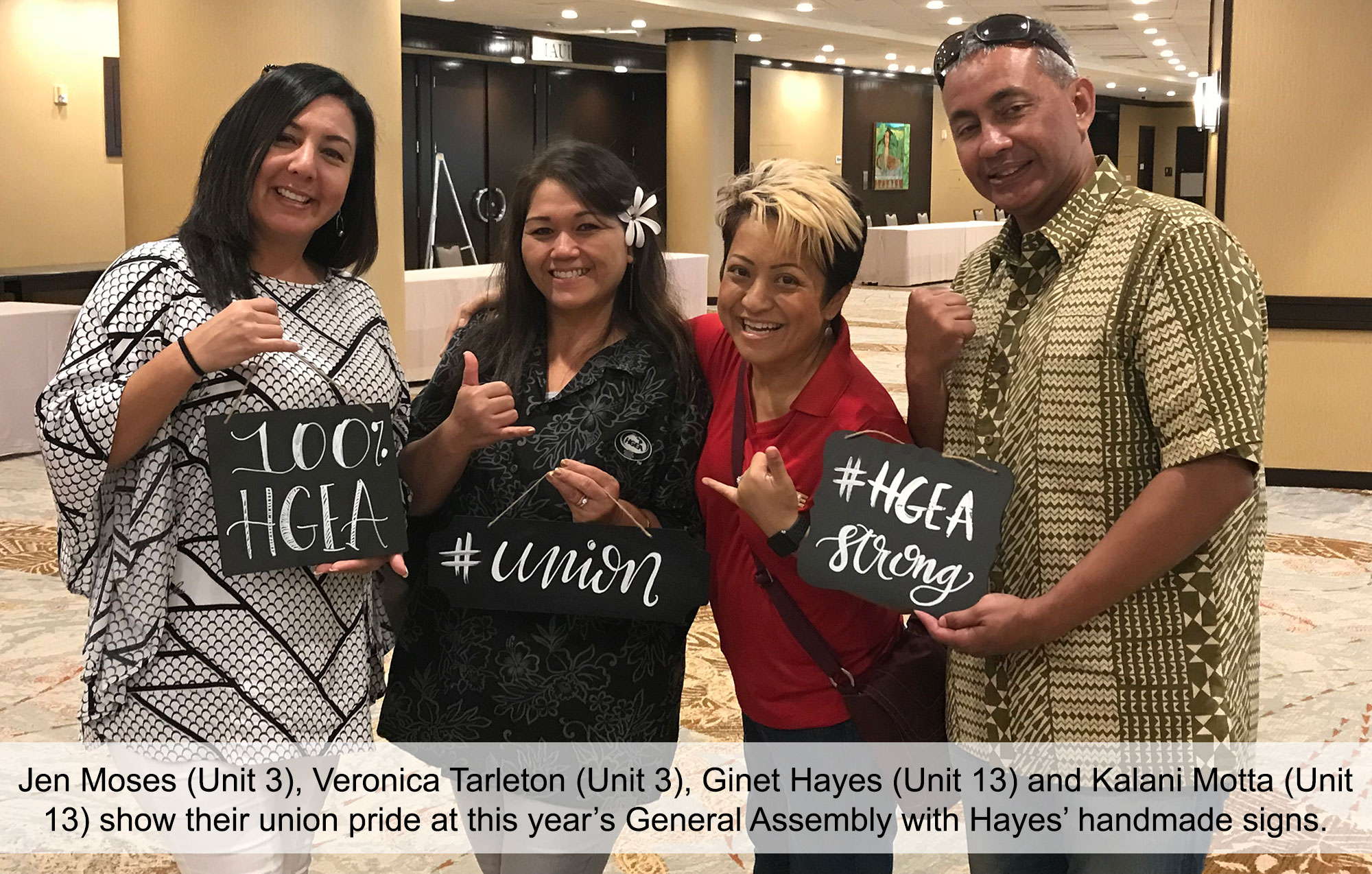 Growing up in a union strong household, Ginet Hayes admired her parents’ work ethic, civic-mindedness, and commitment to their fellow co-workers and union members. Now, as a long-time steward and chair of the Unit 13 negotiations team, she aims to make decisions that benefit all HGEA members, often leading by example.

“Making tough decisions isn’t easy, but it’s necessary,” she says. “We have to do what’s best for all of our members, current and future, no exceptions.” When referring to union-negotiated benefits like wage increases or vacation and sick leave, she believes all HGEA members should receive the same benefits, “No more, no less.” Hayes’ commitment to improving the standard of living we enjoy extends beyond negotiating for her fellow union members. She’s working to improve the quality of life for everyone in our state. “I choose a career in public service because I know I can make a difference,” she says. For six years, Hayes oversaw the Hawaii Electronic Benefit Transfer (HI/EBT) program provided by the state Department of Human Services (DHS) Benefit, Employment & Support Services Division (BESSD). “It may not be the most financially rewarding career, but we’re helping people get back on their feet, and that’s not a bad thing.”

Her can-do attitude and penchant for going the extra mile recently earned Hayes a larger role with more responsibility. In her new position as systems, operations, and requirements office administrator, she’s now responsible for overseeing systems acquisition and ongoing maintenance for BESSD, and ensures that system application and support provided by the division remain current. Additionally, she works with the department’s information technology and state’s Enterprise Technology Services staff to make sure that division services can be provided timely and efficiently to some of the state’s most vulnerable individuals through welfare assistance and self-sufficiency services such as employment, work readiness, education, child care services and homeless program services.

Through years of collaboration on professional projects and union business, Hayes recognized a need for more inclusivity and succession planning in both environments. “Having access to the information we need now is important, but passing that information on to the next generation is crucial,” she says. While involved in Next Wave, a program for new union members, Hayes began facilitating roundtable discussions and played an integral role in creating The Haumana Project, a mentorship program for young and new union members, which continues to garner attention from unions across the nation. “Educating the next generation of workers is critical. They need to know how unions affect our survival,” says Hayes. She, of course, continues to do her part in educating our youth. “My oldest son plans to join the Seafarers when he’s done with school,” she says with a smile.

Between her day job and union activism, Hayes finds the time to enjoy calligraphy, crafting, and has recently taken up pyrography, the art of decorating wood with burn marks.